Funny how quickly the minutes and hours pass by when you assume they’re going to stretch out endlessly before you. Time flies when you’re lying on the couch looking at the dust on the ceiling.

I didn’t sleep too consistently last night, but I was comfortable. However, when I finally decided to get up around 8:00AM, I realized that my knee hurt. All the meds wore off and ow.

So I took more meds.

I’m reading two books simultaneously; The Story of Edgar Sawtelle, which is extremely well-written, and Jan Karon’s In the Company of Others. Say what you will, but I love that series of stories about Father Tim. Yum.

The Book of Common Prayer includes the following in every daily morning prayer: “Come, let us bow down and bend the knee; let us kneel before the LORD our maker.” I always say this prayer out loud. Today, I got to the “bend the knee” line and laughed out loud. NOT TODAY!

Anyway, you ought to buy their record – my brother’s band, that is. They are called Maida Vale. Don’t ask me why. Somebody asked me why and I didn’t have a good answer. I think it’s mysterious, or at least it’s supposed to be. Anyway, if you don’t want the entire record (it’s called “Signs of Life”), you should at least buy “Never Been Good”. It’s a very catchy pop song.

It’s weird, how my brother and I are both musicians and we’re both in ministry. The next question is always, “Were your parents musicians? And in ministry?” And no, they weren’t, and I’ve no idea really why the two of us ended up on such similar paths. Except it is different; my brother leans hard into being creative. He’s a good songwriter. I’d like to do that, too, but I never find the time. He’s more adventurous than me, I think. 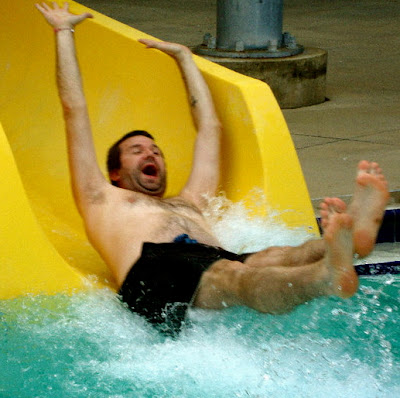 2 thoughts on “When I Woke Up This Morning, My Knee Hurt”